Firefighting Foam Chemicals Are Creating Problems in our Waterways 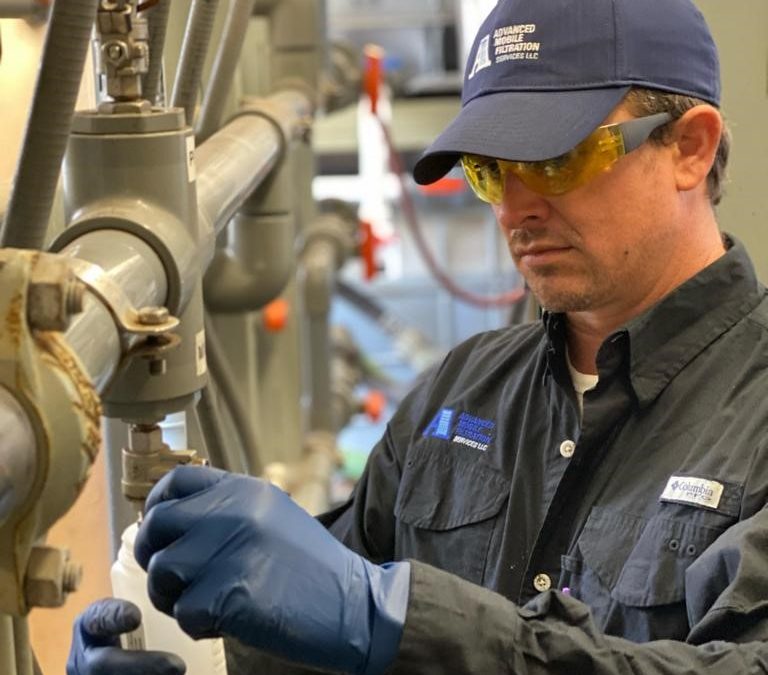 PFAS chemicals are great at fighting fires, but will never break down in the environment and cleaning them up is posing a whole set of new problems.

Chemicals used for firefighting foam are creating ecological headaches more than 40 years after their use and new research shows that even once cleaned up out of the waterways, they can still pose a risk. Per- and poly-FluoroAlkyl Substances (PFAS) have contaminated soils at fire-training and commercial sites across Australia and worldwide, but once PFAS enter ecosystems, they move through food chains, accumulating in animal and human bodies not unlike microplastics.

Before 2003, PFAS chemicals were standard in firefighting foam and are still present in some foams today. They are also found in some non-stick cookware, stain and water-resistant coatings on carpet and clothing, paper and packaging products. Dr Rai Kookana a research scientist with the CSIRO, told NITV News that PFAS was once widely used.

Once PFAS are in the environment – or an animal – they are there forever, even from fires fought 40 years ago. Modern firefighting foams don’t contain PFAS, but that doesn’t solve the problem.

They hang around forever.” Dr Kookana gives the example of PFAS-laden firefighting foam used to extinguish a wildfire. “And that foam moved on and seeped into the soil, into the ground. And some of the chemicals slowly kept moving and went into the groundwater. And that groundwater took them away from the site. “So they are in the soil, in groundwater, in surface water.

And if there has been exposure to organisms, they could be in the body of the organisms as well. Our biggest problem is probably groundwater.”

In September 2020, Curtain University researchers developed a new way to immediately and accurately detect and measure PFAS levels. “As a result of their widespread use, many groundwater and soil sites around the world are contaminated with these materials, which are often referred to as ‘forever chemicals,’ because they don’t breakdown or degrade in the natural environment,” said Professor Damien Arrigan. “The only way to prevent them from entering the food chain is to minimise or remove the chemicals from the environment – making early detection a highly desirable part of this removal process.”

To find out if a site or body of water is contaminated with PFAS materials, soil or water samples need to be taken to a laboratory for chemical analysis. This process can take several days. The new research improved the process by using on-site chemical sensors. This discovery meant an instant contamination test could immediately show which water samples should be collected and sent to a lab for more detailed chemical analysis.

There are thousands of sites in Australia contaminated with PFAS. There are stockpiles of polluted soil and a lack of cost-effective ways to deal with it. PFAS contamination has been cleaned up from many waterways around the world using charcoal-based filters, including Australia and New Zealand. “A lot of groundwater around the world is being treated by what we call pump and treat,” said Dr Kookana. “So you pump the groundwater out and pass it through a cartridge which contains either activated carbon or resins.

The water you feed in is contaminated, the water coming out of that cartridge is clean. Very similar in some ways, conceptually, just like your puritap at home.” Still, researchers say not enough is known about how it interacts with the materials used to clean it up. And it is not publicly known what is happening to the old filters after they are replaced with fresh ones.

They say an ideal solution would be to develop a method to destroy PFAS so that there’s no need to store it anywhere long term.

One potential solution floated by scientists is to trap PFAS in clay.

In September 2019, Australian researchers developed a technique to lock up PFAS in contaminated soil, reducing its ability to cause environmental harm.

The Cooperative Research Centre for Contamination Assessment and Remediation of the Environment developed a modified natural clay, called matcare, that attaches itself to toxic substances and binds them.

“Our clay product is very effective at trapping PFAS in not only water but also soil, which presents a more complex clean-up challenge,” said Professor Ravi Naidu. “Once contaminated soil is treated, most of the PFAS is irreversibly locked up, preventing it from leaching into the environment. The technique is effective, sustainable and inexpensive.”

The problem with landfill

Dr Kookana said the question his study set out to answer is: these PFAS-filled filters used for filtering the groundwater, is it safe to dispose of them on landfill?

“This review is specifically targeting this particular question and say, these PFAS chemicals removed on to these materials, would they ever be released? Under what conditions will they be released?” said Dr Kookana.

When asked if the PSAF-filled filters from the groundwater clean-ups were being disposed of in landfill, Dr Kookana didn’t have the answers. Neither did three other experts in this field that spoke to NITV.

“I don’t know for sure. But my understanding is that there is still that recognition that we don’t know enough about them. So there is quite a lot of stockpiling happening.”

Per- and polyfluoroalkyl substances (PFAS) are widely used chemicals in numerous industrial sectors, including the US Military, commercial airports, chemical companies, firefighting foams, and municipal drinking water among many others.

We use cookies on our website to give you the most relevant experience by remembering your preferences and repeat visits. By clicking “Accept All”, you consent to the use of ALL the cookies. However, you may visit "Cookie Settings" to provide a controlled consent.
Cookie SettingsAccept All
Manage consent

This website uses cookies to improve your experience while you navigate through the website. Out of these, the cookies that are categorized as necessary are stored on your browser as they are essential for the working of basic functionalities of the website. We also use third-party cookies that help us analyze and understand how you use this website. These cookies will be stored in your browser only with your consent. You also have the option to opt-out of these cookies. But opting out of some of these cookies may affect your browsing experience.
Necessary Always Enabled
Necessary cookies are absolutely essential for the website to function properly. These cookies ensure basic functionalities and security features of the website, anonymously.
Functional
Functional cookies help to perform certain functionalities like sharing the content of the website on social media platforms, collect feedbacks, and other third-party features.
Performance
Performance cookies are used to understand and analyze the key performance indexes of the website which helps in delivering a better user experience for the visitors.
Analytics
Analytical cookies are used to understand how visitors interact with the website. These cookies help provide information on metrics the number of visitors, bounce rate, traffic source, etc.
Advertisement
Advertisement cookies are used to provide visitors with relevant ads and marketing campaigns. These cookies track visitors across websites and collect information to provide customized ads.
Others
Other uncategorized cookies are those that are being analyzed and have not been classified into a category as yet.
SAVE & ACCEPT